MVP and Prototype: What’s Best to Validate Your Business Idea?

The start-up businesses are required to undergo a spectrum of stages for launching their final product. Among all, the stage of idea validation is the most leading factor to finalize the process. The comparison of a prototype and an MVP (Minimum Viable Product) are of great importance throughout many businesses.

The approaches of a prototype and a minimum viable product are supportive in leading the businesses through different stages of product development. It is important to note that people frequently get confused with the definition of an MVP and a prototype.

The right usage, accuracy, and comprehension of these methodologies can generate corporate ideas in a well-structured manner. It can lead the respective users and stakeholders to understand the business concept in the right manner. It can then improve the successful outcome of all future products’ launches, thereby leaving no chance of failure or obstruction in any way.

It is again necessary to understand that the prototypes and MVPs have different objectives that need to be used at a different product development stage. There is also a possibility of combining the approaches of an MVP and a prototype, leaving again no chance of distraction among them.

A prototype is simply the beginning of a material, such as a model or a sample, which is later purposely designed for a better business concept. A prototype is the releasing process of the products that are designed for testing the concepts or processes. These are later acted as the major things to be learned from or replicated.

What is a Prototype?

A prototype is used in the early stage of startups’ product development. Its purpose is primarily to conduct a presentation and identify user testing. Upon presenting the prototype, it is possible to gather a few funds for the developing phase of the Minimum Viable Product. The afterward process is complex as the lifetime of the overall functional cycle gets terminated on the later stages of development.

It is again important to note that the primary level of stakeholders and users can get valuable feedback from the entire process. In case of getting negative feedbacks, the prototypes can be altered and tried again at a later stage for better product development and finalization.

On the contrary, the strategic approach of MVP is utilized for testing the startup idea for gaining better efficacy. It’s another purpose is to get community feedbacks that are later utilized in the development of a business idea. This tactical process enables in getting a huge and raised sufficient level of funds that are later rolled to the products’ marketplaces to the diversified people.

However, if the planned ideas seemed invaluable for developing the product ahead, then it could be stopped in any way. Such a stoppage of the process does not consume any deal of time and money while it lets the process continued at a later stage with a much-deliberated process.

What is an MVP (Minimum Viable Product)?

A Minimum Viable Product is considered a fully-fledged product, meaning that it is readily delivered to the markets. It is the right way to consider whether the products would have a value for the consumers in the markets.

Additionally, it requires a lot of consumers’ feedbacks from the target audiences. Unlike a prototype, an MVP expects intense technical development. It is owing to the reason that its functionalities could have a possibility of adding, particularly at the final stage of product scale.

MVP vs Prototype: Which is Best to validate:

Both a prototype and MVP are quite supportive to validate and verify the assumption of the product. They initiate a major performance in the development phase of product recycle. Their comparison is of great importance when it comes to bringing them into the product development stage.

An MVP and a prototype describe how and what could be developed from each stage of the process. However, it is noteworthy that they have different goals that are initiated in the designing flow of the process. The product prototypes are truly displayed with the functions when needing the operational measures.

In contrast, an MVP is mainly the functional product over the development stage. It is truly simple in the systemic process and is made available to the markets. Concerning the product development phase, an MVP has extended ways for enhancing and scaling the product.

Concerning the above statement, it could be determined that a prototype requires the basic testing and assumption of the product. It has a different way of showing the users about the early investment referring to the business processes and ideas. These entire considerations are aligned in the development phase of the product.

Such considerations increase the investors’ confidence about their money being invested in the prototype and MVP of the product. The investors understand that their money will give a worthwhile true business idea.

Regarding an MVP, it is not a sketch and is a less functional product. It requires the less functioning need to finalizing the product. Such a feature of the MVP product requires less implementation and monitoring.

Every prototype bears a product idea for the development stage. The only consideration requires it to check its working capability with every stage of product development. The product prototype is the next phase where the startup development process is initiated to move the product in the afterward stage.

The overall systemic process then leads the product toward the functional stage. From there, the product’s reliability is assessed in terms of its functionality and finalization. Thus, it is said that a prototype is highly considered as the prime implementation need of the future project. It is simply a sketch that is primarily meant to determine the investors about their ideas being developed and implemented.

However, in an MVP, the process continues back to the actual functioning of the product or service. After the development of the prototype, it becomes easy to understand what an MVP will be. Nevertheless, it becomes essential to check the outlay and worth of an MVP that can be refocused at a later stage.

Prior to the release of an MVP, the prototype is processed for creating and receiving initial feedback. This feedbacks directly come from the existing customers and diversified public. It is then processed through the markets for more enhanced receipt of feedbacks. It finally leads the process to the actual phase of product development.

The process of a prototype requires a general testing at its initial stage. The basics of investors and adopters are to accomplish the entire task. The establishment of a prototype helps in achieving an earlier knowledge. These may include the ways of interacting with the future product. A leading example may include communication with the general public and prospective consumers.

The afterward process then includes developing the product referring to the clients’ feedback. The alteration of the current prototype is the next stage where the processing of the product is primarily initiated.

However, the missing of right product alteration requires the process to be initiated with the new development of a sample. It is then sent for testing and validation for its better usability and experience. The different types of scopes and contents are used in developing the prototypes until the receipt of the finally approved MVP which is the next stage of the final product.

In an MVP, the basic startup process initiates with the receipt of valuable users’ feedbacks. It is actually the prior stage of development because it offers the consumers experience about the MVP of the product. Upon successful receipt of valuable feedbacks, the process moves forward toward the fully featured product development. However, there are received fewer fresh ideas about the startup product, meaning that an MVP has limited features in the development stage.

It is important to note that the development style is changed upon reaching the initial crucial round of validation. The process then changes to moving to the different models of development. It may include the product development stage of quick sketch coding where the first arriving user reviews it for an onward process.

A leading example could be from the creator of the Customer Development method, a Silicon Valley entrepreneur, Steve Blank, who said that the businesses initially sell the visions and delivers the minimum features that are purposely meant for the visionaries. It means that not everyone has the access to the product development process or stage while having limited access to it.

Famous Examples of an MVP and a Prototype:

There are two major examples to review a better difference between a prototype and an MVP. An example of a prototype is “Apple Phone”. The below picture shows an early prototype of the Apple Phone that is a brand of yesterday and have been redesigned today. It is now known as the iPhone. There is no common sight concerning portability. However, Apple had the redesigning features to be developed as touchscreen technology.

An example of an MVP is “Facebook”. The below picture shows an early MVP of Facebook which was previously named “Thefacebook”. It was lacking a range of services that are readily accessed and availed now. Every user knew that Facebook was a leading and expensive source of social media communication tools at an earlier time. There was a limited functional feature on Facebook in the past, such as finding the friends’ friends, checking classmates, searching for people at the school, etc.

Both in a prototype and an MVP, a spectrum of questions is required to be asked and answered before building the product. These include the needs for validation. It also involves asking whether considered ideas are large or small. The afterward process involves setting the target audiences for the product and projects.

The process then continues with the testing of the entire system, particularly checking it in terms of working and efficiency. The need for overlooking the product in terms of its interactivity is also considered to provide the investors with value for their money. It helps in confirming the products’ values and functionalities while worrying less about the working assumption of the final product.

Upon receipt of the functional product as a prototype in the markets, the process continues in building an MVP that is later processed in the right systemic manner and with the proper functional measures.

PrevPreviousAre Cloud Managed Services, are Right for My Business?
NextStripe vs PayPal vs Braintree: How Do These Payment Platforms Compare?Next

Reasons Why Your Business Needs CMS

Reasons Why Your Business Needs CMS 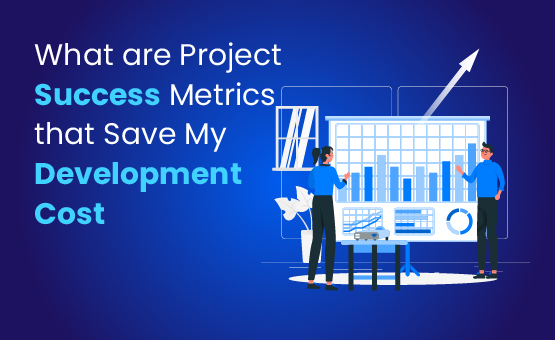 What are Project Success Metrics that Save My Development Cost

Every project is considered successful through some specific metrics. Some companies consider the factors of time, scope, and budget as 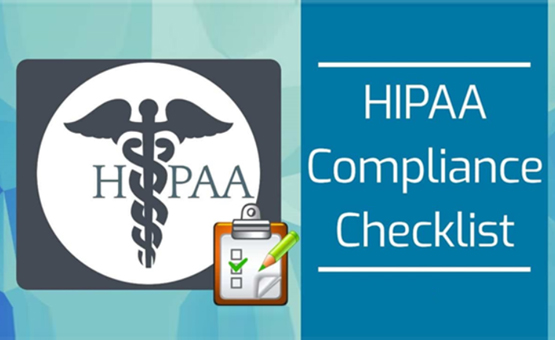 An important law encompassing the medical software products is now the 1996 US Health Insurance Portability and Accountability Act (HIPAA).

If you are employed to create any new product from the beginning, consider a strategy where you can complete a